A representative office is an efficient way to invest in indonesia for foreign investor.

For foreign investors, seems like you might be not sure what are the legal entities that can be the option for investing in Indonesia? We could tell that the best option are Foreign Representative Office and PT. PMA.

Due to answering those question, so we suggest you to open a representative office instead of company as your first step.

Here Are Some Activities That Could Be Done by Representative Office:

HOW DOES IT WORK?

Some efficient way for foreign investors before they could establishing PT PMA is by using Representative Office. The main activity of representative office is conducting market research activities as well as marketing and promotion through selling or buying agents. Meanwhile, you need to aware that this form of business entity does not allow you to generate revenues business directly under the name of the representative office.

• Handling the company or its affiliates concerns, and or
• companies, in Indonesia or in other countries and Indonesia.

Benefits and Disadvantages of Representative Office:

This are the benefit and also disadvantages of representative office in Indonesia:

There Are 4 Types of Representative Office Which You Can Consider:

If you want to start Foreign Reprentative Office (KPPA), you need to take care of the legal requirement first. And you must submit an application to the Indonesian Investment Coordinating Board (BKPM). This can be done either by the director or manager of the foreign company, or by the director candidate in Indonesia due to behalf of the foreign company of the new representative office, who must be appointed prior to establishing a presence in Indonesia. Another option could be a power of attorney.

Probably this process almost look so simple, but there are several steps need to consider to be a part of the application that will certainly take you some time. Make sure you review the following points completely:

After all of the paperwork is complete, BKPM will issue the license, usually within one month. The license is valid for three years and could be extended for a maximum of two years. With the new regulation BKPM 12/2013, there are no limitations on extension of the license.

Owing a license SIUP3A (Surat Izin Usaha Perwakilan Perusahaan Perdagangan Asing) from the Ministry of Industry and Trade of the Republic of Indonesia is a must for all foreign trade company or Joint Enterprise (Association) who will open their representative office in Indonesia. it is suitable with the Minister of Industry and Trade Decree No.: 402/MPP/Kep/11/1997.

The Representative Office also can act as selling agent and/or manufacturing agent and/or buying agent of their principal. Apply The representative office their detail activities in accordance with article 3, The Minister of Industry and Trade Decree No. 402/MPP/Kep/11/1997 that is for the promotion and market research of import or export products.

Foreign expatriate who intend to work at the Representative Office either as Head of Representative or as Assistant to representative are subject to The Minister of Man Power Decree No. Kep 682/MEN/85 due to his/her working permit.

And as the name already implies, this kind of representative office can use for trading as well as marketing. Hence, The activities that allow for Foreign Trade Representative office with an active permit SIUP3A (Surat Izin Usaha Perwakilan Perdagangan Asing) are as follows:

Difference is that in this case, all documents such as the Letter of Intent or Letter of Appointment must sign by a notary in the country of origin and legalized by the Indonesian Ministry of Foreign Affairs.

Unlike the previous two cases, the regulation for construction sector is by Ministry of Public Works and also partially by BKPM. Require a permit (surat izin usaha jasa konstruksi – SIUJK) to operate in the construction area. It is important information to note that only large companies can qualify for the license, this is issue for three months with the possibility of extension.

Unless regulated differently by a related authority, for construction work the distribution of work in a Joint Operation is as follows:

For construction planning work, the distribution of work in a Joint Operation is as follows:

THE FOREIGN CONSTRUCTION REPRESENTATIVE OFFICE ALLOWS YOU TO:

1. Do market research and contact institutions and companies
2. Involve in procurement of construction services
3. Appoint local and foreign manpower to head the office

What Is Needed to Establish a Foreign Construction Representative Office?

First, Submit the application and all the necessary documents to the Ministry of Public Works and pay the administration fee. The fee can amount to either $5,000 in the case of construction consultancy services sector, or $10,000 if target sector is construction implementation services.

Company applying for an SIUJK license also has to do a lot of paperwork. Apart from the same requirements as for a KPPA, submit several items along with the application to prove that the company setting up the office has a good reputation, is big enough etc.

1. provide information to third parties within Indonesia on requirements and procedures for establishing relations with its principal office/branch offices outside Indonesia

2. In order to assist its head office/branch offices outside Indonesia in supervising credit collateral in Indonesia

3. act as proxies in making contact with institutions/agencies to represent the interests of its head office/branch offices outside Indonesia

4. Person who act as supervisors of projects within Indonesia which are partially or wholly financed by its head office/branch offices outside Indonesia

6. provide same information on Indonesian trade, economic matters, and also finance for foreign parties or vice-versa; and · assist Indonesian exporters in obtaining market access outside Indonesia through international network of banks affiliated with the representative office or vice-versa.

PROCEDURE FOR OPENING A REPRESENTATIVE OFFICE

Bank that probably intends to open a representative office in Indonesia should have total asset which ranks top 300 in the world, which could be refer to the bank rank’s that issued by credible international agency. Sign The application letter by the Director of the bank and addresses to the Board of Governor of Bank Indonesia.

With regard to the application process, Bank Indonesia will 1) check the completeness and accuracy of the documents 2) And conduct interview with the candidate of head of representative office. 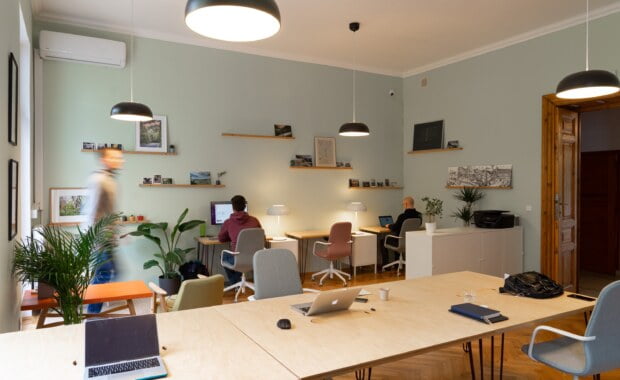 Why You Should Rent a Coworking Space in Jakarta 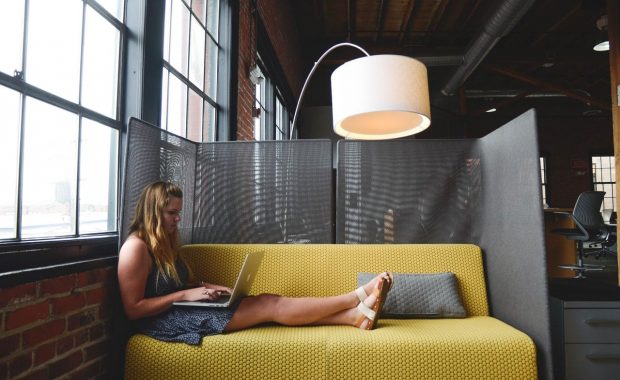